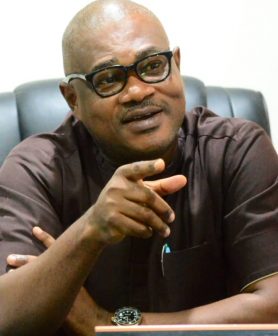 Engr Ejiofor, in an interview with newsmen in his office in Asaba, said the projects were conceived to diversity the economy of the state beyond oil, while serving as amusement park and a rallying point for Nollywood stars.

The Commissioner said the infrastructural development projects were thought out because tourism had proven to be the next line for revenue generation after oil, pointing out that with the world class facilities in the Leisure Park and Film Village, Delta would witness a significant influx of tourists and movie makers, which would give the state’s economy a comfortable boost.

He said the whole idea was to start building tourists’ attractions using those things that had giving Delta a comparative advantage, including the choice of Asaba for movie shootings by Nollywood stars, which prompted the establishment of the Film Village to provide a permanent place for them, and the need to set up something new to residents like a zoo, which necessitated the building of the Leisure Park.

Engr Ejiofor added that the main feature of the Leisure Park, which had such recreational facilities as Giant Wheels, Dombo Ride, among others, was the water park, with a large artificial lake that could generate near natural waves and entertain boat ride.

The Commissioner disclosed that in realization that government has no business with business, the Leisure Park had been concessioned to a private firm, Woodfield Farms Limited, to run for six months in the first instance, after a due process of biding, with an agreement to be signed by both parties thereafter.

He said the necessary conducive environment had been created for the company to operate, pointing out that the firm had been charged  to move with time in the running of the facility, as in introducing new things along the line, so as not to get the users bored over time.

The Commissioner assured that the concession was in the best interest of the state, pointing out that local content requirement was applied with the employment of certain categories of staff from the catchment area.

The Leisure Park and Film Village are to be commissioned on January 25, 2023.