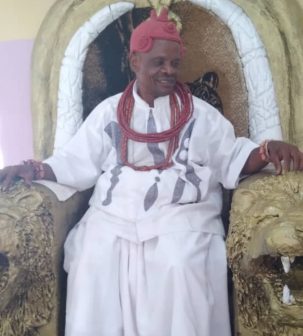 The Obi of NSUKWA kingdom, HRM Dr Kenneth Ezegbenam 1, has decried the poor running of the Oil Palm Company (OPC) located in the community by the current management of the company.

Obi Ezegbenam, in an interview with this medium in his palace at Nsukwa, said the presence of the company was not being felt in the community in terms of employment and corporate social responsibility.

The royal father stated that the company, with the capacity to employ over 3,000 workers but currently had only about 450 on its payroll, was no longer milling oil as expected and was owing its workers four months arrears of salaries.

He maintained that the OPC had no justification not to be in business and break even, stressing that the milling of oil was a practical thing and palm bunches were readily available to sustain the business.

Obi Ezegbenam urged the state government to hand over the management of the massive oil palm plantation to a reputable company to make it more viable and relevant to the host community and the state.

The monarch commended the Okowa administration for its various empowerment programmes, but emphasized that establishing industries or reviving those now muribond to create direct and indirect employments was the best option for the government to adopt.