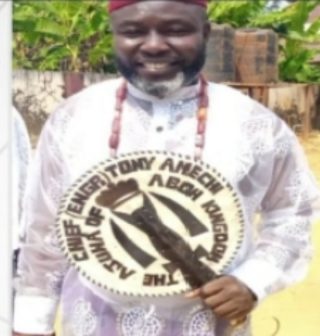 A prominent member of the All Progressives Congress, APC, in Delta state, Chief Tony Amechi, has disclosed his intention to quit the party in a couple of days for the Peoples Democratic Party, PDP.

Chief Amechi, who is the Ajuwa of Aboh kingdom and Onwa of Ndemili, Umusadege, announced this while addressing the people of ward 3, Ndemili, his maternal home, in Ndokwa West local government area.

He said the meeting was to put the people on notice of the evolving development, pointing out that he would formally decamp the All Progressives Congress, APC, on January 15, in his ward at Aboh

The politician regretted that he had wasted his precious time and resources working for APC with nothing to show for it, stressing that the party was not a place for any serious minded person to belong.

Chief Amechi expressed satisfaction with the performance of the Okowa administration and urged the people of Ndemili to support the Sheriff/Onyeme Governorship ticket to ensure continuity and even more infrastructural and entrepreneurship development of the state beyond 2023.