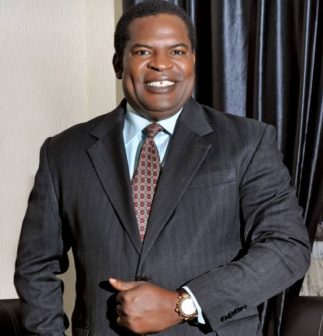 With less than two months to the general election, a PDP chieftain in the state, Hon Taju Isichei, has called on party leaders in Oshimili South local government area to strategize for the election to guarantee a landslide victory for the party.

Isichei, an Executive Assistant to the Governor on Political Matters, during a meeting with some party leaders in Asaba, noted that Oshimili South had always recorded high number of votes in the past and this year’s election should not be an exception.

He said though victory for the party was not negotiable, it should be total with no votes spared to the opposition, adding that the enviable performance of the Okowa administration had given PDP an edge over the opposition parties.

The EA urged the party leaders to continue with their campaigns for the party’s candidates in their respective wards, saying that they should prevail on those in the opposition with a view to getting them to join the PDP before the elections

Isichei, a one-time Special Adviser to Governor Emmanuel Uduaghan on Inter-Party Relations and a former House of Assembly aspirant, expressed confidence in the capacity of all the candidates to deliver if given the mandate, which had made marketing them easy.

He assured the people of Oshimili South and Deltans in general that voting PDP 5/5 was in the overall interest of the LGA, the state and the country, as the party was poised to rescue Nigeria from the menacing misrule of the APC government, which had inflicted a lot of pains on Nigerians.

Responding, one of the leaders, Mr Sunday Obiora, of ward one, Oko, thanked Hon Isichei for his interest in bettering the electoral fortunes of PDP in Oshimili South and assured him that they would work hard to deliver the party’s candidates with high number of votes in the general election.