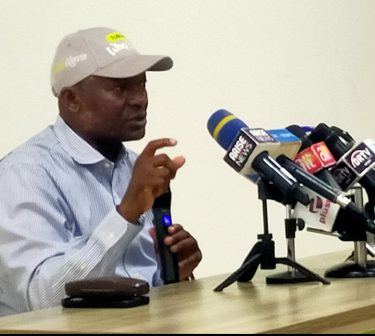 Spokesman of the Peoples Democratic Party (PDP) Presidential Campaign Council, Mr Charles Aniagwu, on Friday said ultimate power to elect leaders lies with the people and not any leader.

Aniagwu, who was reacting to the chants of “Atiku, Atiku, Atiku” at Ibadan during the electioneering campaign flag-off of Governor Oluseyi Makinde, said at a news conference in Asaba that the era of leaders deciding who to be voted for was over as such decision could only be made by the people.

He stated that the reaction of majority of the people at the Ibadan rally was an indication that Atiku Abubakar and his running mate, Senator (Dr.) Ifeanyi Okowa, were the preferred candidates to rescue and rebuild Nigeria from the ruins of the APC-led Federal Government.

“You saw what happened in Oyo state yesterday, when one man tried to ascribe to himself the powers to decide who the people will vote for but the people expressed their democratic right which is very clear that Atiku Abubakar is their choice.

“We have said severally that our train has left the station but because we have very quality breaks we can always stop to pick hesitant passengers.

“So we will continue to appeal to our leaders, the G-5 Governors, to sheathe their swords, return back to the main fold of the party and join hands with the party to actualize the mission of recovering and rebuilding Nigeria.

“Those who mobilized them did not foresee what they saw and it goes to show that no one man can boast of deciding how the people will cast their votes.

“As we speak I am sure you have seen the level of inflow of people, in this case notable Nigerians from other political parties to the PDP.

“We must commend our party faithful in Oyo state for demonstrating that Atiku Abubakar is the right choice for Nigerians.

“We still have time for any of the Presidential candidates who wish to step down for Atiku Abubakar and because we have promised an all-inclusive government they will not be left out as their ideas will be harnessed to achieve our mission of rebuilding this country”, he said.

On the endorsement of Labour Party Presidential candidate by former President Olusegun Obasanjo and elder statesman Chief Edwin Clark, Aniagwu said the party was not worried as the ultimate power to endorse candidates was in the hands of the people who had already endorsed the Atiku-Okowa ticket across the country.

“Our Presidential candidate and his running mate are very much aware from the onset that we are going into a contest with other contestants.

“But we are confident of victory because we have the competitive edge to win because Atiku Abubakar and his running mate tower above other contestants in terms of their experience and antecedents.

“All the candidates have their qualities but like you know in any examination some will score C and some A, both of them have passed the examination but one scored better, Atiku Abubakar and Ifeanyi Okowa are in the A region as far as this election is concerned.

“So if there is any endorsement coming from our former President and Chief Edwin Clark, we recognize that democracy offers freedom of expression as guaranteed in our constitution and if that be the case we do not begrudge anybody endorsing anyone.

“We have already received a whole lot of endorsements from numerous Nigerians who the ultimate power to endorse resides in.

“And because we have continued to interface with the people across the country, most Nigerians understand that Atiku Abubakar and Ifeanyi Okowa tower above other candidates in the contest”, he stated.

Aniagwu stressed that the party would not join issues with anybody castigating the former President or any other person for that matter for speaking out as to their preference.

“One thing is that  every Nigerian, irrespective of political parties, understand the very parlous state of our country whether in the area of the economy, insecurity or our unity.

“Since we all agree that we have these challenges, the only issue we have yet to agree on is how we intend to address them but when you begin to tick the candidates’ experience and manifestos, Atiku and Okowa have what it takes to take us out of our current situation”, Aniagwu added.