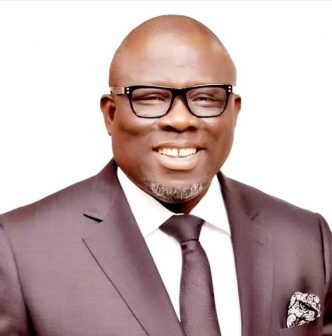 Delta State Governorship candidate of the Peoples Democratic Party, PDP, for the February, 2023 general election, Rt. Hon Sheriff Oborevwori, has been described as a man of destiny.

Speaking to our reporter on the risen profile of the Governorship hopeful, Executive Assistant to the Governor on Political Matters, Hon Taju Isichei, also known as Ikuku, said the steady progress made by Oborevwori in public life was a pointer to the fact that he was heading to stardom.

Isichei recalled that he and Sheriff served in the Ibori and Uduaghan administrations, during which he excelled in the discharge of his duties.

He said in the State House of Assembly, where Sheriff had been Speaker for six years running, he had exhibited uncommon leadership qualities which had endeared him to the Legislators, accounting for the stability of the House and its relevance in the governance of the state.

The EA (Political) maintained that it was not surprising that the leadership of PDP in the state found the Speaker worthy to aspire to become the success Governor Ifeanyi Okowa, noting that the massive support he received in the primary election was an affirmation of God’s approval of his political journey.

Isichei said as candidate of the party, Sheriff had received statewide acceptance as evident in the mammoth crowds at the ongoing campaigns, declaring that the Governorship hopeful was unstoppable and was only awaiting inauguration come May 29.