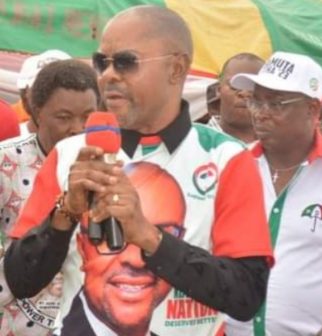 The people of Ndokwa nation have been commended for their active participation in the political activities of the Peoples Democratic Party, PDP, in the years past.

The Ndokwa/Ukwuani Federal Constituency PDP House of Representatives candidate for February 2023 generally election, Hon Nnamdi Ezechi, gave the commendation in his new year message to the people of Ndokwa nation.

Ezechi noted that Ndokwa East, Ndokwa West and Ukwuani local government areas had remained strongholds of the PDP following the belief of the people in the party, aided by the exceptional delivery of the dividends of democracy by the State Governor and Vice Presidential candidate of the party, Senator (Dr.) Ifeanyi Okowa, who is also the leader of the party in the state.

The House of Reps candidate specially thanked the Governor for making the electioneering campaigns easy for the candidates through his purposeful leadership and good governance template, which had ensured stability in the party in Delta, and boosted the image of the party to the extent that the opposition had nothing to campaign with

He expressed appreciation to the three LGA Party Chairmen in Ndokwa land, Ward Chairmen, party leaders and elders, the women and youths for the solidarity shown during the ward to ward and LGA campaigns, and urged them not to relent until victory, which he said was sure, was overwhelming achieved.

Ezechi assured the Ndokwa nation that the forthcoming election would mark a turning point in the life of the people if Atiku/Okowa, Sheriff/Onyeme, Ned Nwoko, himself, Charles Emetulu, Emeka Osamuta and Chukwudi Dafe were given the mandate.

He, therefore, urged those who had registered but had yet to obtain their PVCs to do so and use their votes wisely in the elections, as no one would wish even his enemy the ugly experiences of the year 2022 occasioned by the misrule of the APC-led federal government.

The Ndokwa/Ukwuani Federal Constituency House of Representatives hopeful prayed God to guide, protect and meet Ndokwa people at the points of their needs all through the new year.