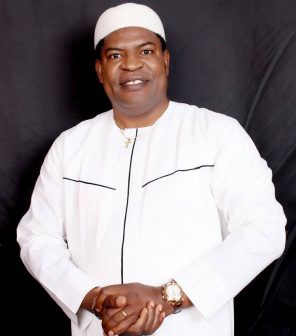 A chieftain of the Peoples Democratic Party, PDP, in Delta state and Executive Assistant to the Governor on Political Matters, Hon Taju Isichei, also known as Ikuku, has congratulated the people of Oshimili South on the successful cross over to the new year.

Isichei, a former aspirant for the Oshimili South Constituency House of Assembly election, in his congratulatory message, thanked God for seeing his people through the challenges and hardship of last year.

He urged the people to remain committed to making Oshimili South the first among the local government areas of the state, insisting that the area deserved the best as the seat of government of Delta state.

Isichei, a former Special Adviser to Governor Emmanuel Uduaghan on Inter-Party Relations and sponsor of the programme ‘Inside Oshimili South’ on Bridge FM, said Oshimili South remained a blessed community, with notable personalities, and urged the people to continue to live in peace and unity to enable the area attain the desired level of development.

He called on the people to remain focused on actualizing their individual and collective dreams and wished them a happy and prosperous new year.