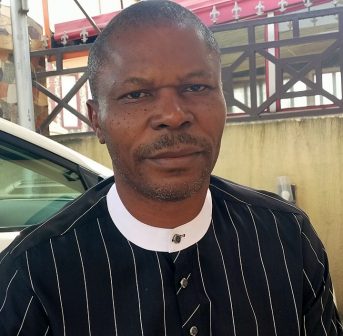 As the year 2023 rolls in, the Chairman, Oshimili South local government area chapter of the Peoples Democratic Party, PDP, Ogbueshi Dada Okonji, has called on members of the party to welcome the year with great expectations as the general election holds in two months time.

In his new year message, Ogbueshi Okonji noted that the year 2022 witnessed pre-election activities, including party primaries to nominate candidates for elective positions at the national and state levels.

He expressed delight in the outcome of the primaries in Oshimili South where the exercise was seamless, pointing out that the winners had since extended hands of fellowship to their opponents, who in turn had pledged support for the candidates and were already working with them to ensure a landslide victory for the party in the area.

The LGA Party Chairman reminded faithful that the campaigns were still on, even after the ward to ward and LGA outings, and they owed it a duty to continually reach out to eligible voters so as to win their support for candidates of the party in the elections.

Ogbueshi Okonji urged members of the PDP to keep faith in the party’s rescue mission, which had left the ruling All Progressives Congress, APC, jittery, insisting that Nigerians must use their PVCs to vote out the APC and install a PDP government at the Presidency, while Deltans should vote for Sheriff and Onyeme to continue from where the Okowa administration would stop on May 29.

He prayed for a peaceful election year and appealed to politicians and their supporters in Oshimili South to shun acts inimical to the conduct of free, fair and credible elections.