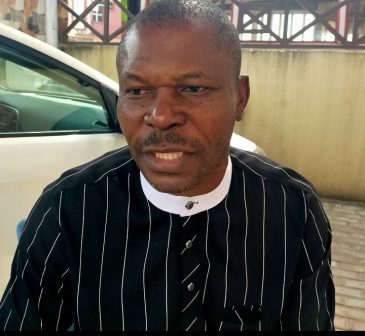 The enviable track record of the Okowa administration in the governance of Delta state has been identified as key to the stability of the Peoples Democratic Party, PDP, in the state.

The Chairman, Oshimili South local government area chapter of the PDP, Ogbueshi Dada Okonji, stated this while speaking on the affairs of the party in the outgoing year.

Ogbueshi Okonji said the LGA leadership of the party enjoyed peace and stability because every member was satisfied with the performance of the State Governor and Vice Presidential candidate of the party, Senator (Dr.) Ifeanyi Okowa, who is also the leader of the party in the state.

He noted that the legacy projects of the Okowa administration, including the Mega Secretariat Complex, the Leisure Park and Film Village, the Koka Junction Interchange Flyover, among others, in the State Capital Territory, as well as the entrepreneurship development programmes of the Governor, helped to elicit the support of party faithful for the leadership at the ward, LGA and state levels.

The Oshimili South PDP Chairman said the party remained fair to all the eleven wards in the area, with no feeling of marginalization from any of the wards, pointing out that for the first time the Okwe community had the opportunity to produce a Commissioner.

Ogbueshi Okonji thanked party leaders and members in the area for turning out in their large numbers for the ward to ward and LGA campaigns, stressing that they should continue to canvass support for the party’s candidates ahead of the polls, which he said the party was sure of winning, but would want to spare no vote for the opposition.

He urged eligible voters in Oshimili South to go collect their Permanent Voter’s Cards, PVCs, to be able to vote for PDP, promising that with Atiku/Okowa, Sheriff/Onyeme, Ned Nwoko, Ndudi Elumelu and Bridget Anyafulu, Nigerian, Deltans, the people of Delta North, Aniocha/Oshimili Federal Constituency and Oshimili South were in for a better deal.