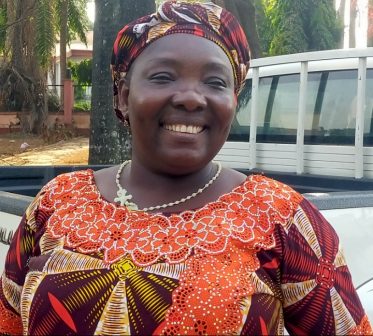 The Oshimili South Constituency PDP House of Assembly candidate for the 2023 general election, Barr Bridget Anyafulu, has promised to make a difference in the representation of the area in the Delta State House of Assembly if given the mandate.

Anyafulu, in an interview with newsmen in Asaba, said merely going to the Assembly to debate motions and bills was not the real essence of representation because it never added the desired value to the parliamentary system.

She stated that the Constituents must be part of the legislative process, stressing that representation at the Legislature would be meaningless if the Constituents were not given the opportunity to ask questions and make inputs.

The House of Assembly candidate said if elected, she would establish an effective communication with the people of Oshimili South so that issues affecting them could be well outlined and put together for presentation on the floor of the House through the appropriate legislative processes.

On her nomination for the House of Assembly election, Anyafulu maintained that though she was eminently qualified for the race, just as other aspirants, she was humbled by the confidence reposed in her by the party, attributing her emergence to the grace of God.

She pointed out that all her opponents in the party primaries had put the outcome behind them and joined forced with the party to ensure massive mobilization of support for all the candidates, bearing in mind that the party remained a united family.

Anyafulu noted that though the ward to ward and LGA campaigns, which she described as very successful, had been concluded in Oshimili South, a lot of mobilization still needed to be done by party faithful to ensure a landslide victory in the elections.

The PDP candidate acknowledged the numerous challenges Nigerians experienced in the outgoing year and prayed God to make 2023, which happened to be an election year, peaceful.